If like us, you are a fan of cinema, sit back, grab some popcorn and read about the history of the greatest entertainment medium known to all. To start, let’s examine the origin of cinema, the major moulding factors and who was responsible for creating what we know today as the cinematic experience.

Cinema was not invented by one person, it came from a series of innovations that have led to what it is today. The journey of cinema can be said to have begun with a group of employees belonging to the Edison Company. These employees created a prototype called the Kinetoscope in 1891, it gave people the ability to see moving images. By 1895, the Lumière brothers took inspiration from the Kinetoscope and went one step further. They would hold shows and charge people to watch moving pictures using their own invention, the Cinématographe. The Cinématographe worked as a projector, camera and photo developer all in one, instead of allowing only one person to watch moving pictures as the Kinetoscope did, the Cinématographe was able to entertain groups of people. 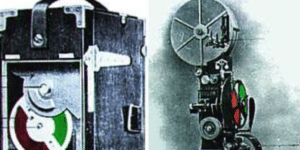 Fun Fact: The Wizard of Oz and Gone With The Wind released in 1939, have both been commonly perceived as the first movies to be created in color. While this is not accurate they did create a lasting effect on audiences, bringing fantasy to life. 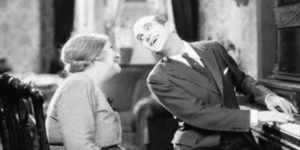 There were many attempts to introduce sound to cinema, but the first successful attempt recognised was with The Jazz Singer in 1927, having introduced dialogue as well as sound effects, creating a true turning point in the history of cinema. 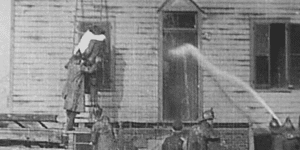 Editing movies in the early 1900s involved the tedious process of physically cutting film strips, an action known as splicing and then editing them back together to create a film presenting a transitioning effect. Creating the cut as a transition between differing pieces of film, hence the director shouting cut.  The first movie to have this effect was in 1903, Life of an American Fireman created by Edwin Porter. D.W. Griffith then went one step further and was able to create close ups of people’s faces in films to convey greater emotions to audiences.

In the 1990s the digitization of editing meant as computers gained power, the process of editing movies was shifted onto computers instead of the physical medium of film. The first hollywood movie to be completely edited digitally was Lost in Yonkers in 1993. 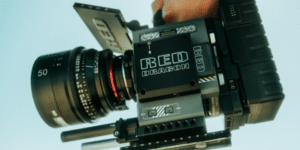 In 2003, Dave Duncan of Texas Instrument and his team demonstrated the abilities of the 2K DLP Cinema projector to the Hollywood community, this led to the development and installation of 1000 2K DLP Cinema projectors over the next 5 years. The DLP Cinema projector originated from DLP 3-chip projector, the goal was to create an image that would be the same quality as film and this was achieved in 2003, when the audience could tell little difference between film and digital as it was compared side by side.

Advancements of technology led to films first being shot digitally instead of on celluloid film in the early 2000s but it wasn’t until 2013 that this became a widespread practice. Cinemas benefited from the digital revolution in a number of ways including replacing 35 mm films with hard drives that increased security and convenience. Although the move to hard drives did mean cinemas would have to invest in new projectors. The introduction of Virtual Print Fee in 2005, enabled the transition to a digital platform by effectively providing a subsidy so that cinemas could afford new digital equipment, particularly helpful for smaller exhibitors and meant that the majority of cinemas screens in the UK were digital by 2013.

Want to Learn More? Speak to the Unique X team today on sales@uniquex.com.